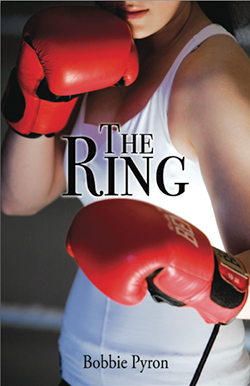 Plagued by slipping grades and a budding criminal career, Fifteen-year-old Mardie’s heading down a path of self destruction. But when Mardie discovers a girls boxing club, she’s drawn in by the fighter’s confidence and strength. Having already lost her parent’s trust and her boy friend and best friend, the boxing ring is the only place Mardie can truly be herself.

WANT TO BUY THIS BOOK?

When my stepdaughter was fourteen, she went through a very difficult period in her life. Like Mardie, her grades were slipping and she was getting into all kinds of trouble. One day, she spotted an article in our local newspaper a gym offering boxing classes for teenage girls. She showed me the article and said, “I want to do that!” We signed her up. When I took her to the gym, I eavesdropped on the girls. It was clear they felt the boxing ring was the one place they could be themselves. Boxing gave my stepdaughter the confidence and focus to pursue her passion: competitive snowboarding!